​The Truth About Food

Modern science recognizes the connection between the health of our teeth and the health of our bodies.  So it's no surprise that a dentist, Dr. Weston A. Price made some of the most significant observations about health and diet of the past 100 years.  When I discovered this man's work several years ago, I knew immediately that I had found the truth about food.

In the 1920's and 1930's Dr. Price and his wife traveled to various parts of the world and found cultures that still ate their native diets, with no refined sugar, flour or fats, and no canned foods.  He discovered (and documented) that the health of these people groups was superior to the health of those who had migrated to the city and adopted the foods of commerce.  Those eating their native diets had almost no cavities, beautiful wide dental arches, and were resistant to the plagues of the day (such as TB).  They also had no heart disease, cancer or arthritis.

In the city, by the second generation as people adopted modern ways of eating, cavities were rampant, teeth were crowded and dental arches narrow, and tuberculosis decimated these populations.  This epidemiological study holds treasures of knowledge for us today as we collect and ponder his findings.  Following is a list of some of his reported observations.

Dr. Price's findings correlate with common sense.  Geography and climate differ profoundly around the world, resulting in a broad dietary diversity, from the blubber-eating Eskimos to the fruit-eating peoples of the tropics.  One woman who was primarily vegetarian, when asked about her main source of protein, replied that she drank soy protein shakes.  Imagine a nomad herding animals in the Himalayan Mountains being told that he should drink soy protein shakes to be healthy?  A one-size-fits-all diet becomes absurd when we put it in the light of reality.

Modern science often lacks objectivity, and so an historical source like Dr.Price's Nutrition and Physical Degeneration provides a plumb line of comparison.  When I hear someone say that all grain and dairy are bad for us, I can see that this statement is not true.  Many cultures Dr. Price visited were very healthy living on grain and dairy. If I hear someone say that veganism is the healthiest diet, again I refer to Dr. Price's observation that he found no healthy vegan culture.   If I read that eating saturated fat causes heart disease, I can see that traditional cultures ate primarily saturated fat and had no heart disease!  It’s not that truth is relative; it most certainly is not.  It’s that we are so limited in our understanding that we gain partial understanding, yet think we have it all, and miss the boat of truth.  I am thankful for a curious dentist who risked his life and fortune to discover the truth about food.  (See blog section for more commentary on the Truth about Food.)

Here are Dr. Price's observations of the commonalities of the healthy cultures he visited.  (Personally, I think his collection of data provides a plumb line by which we can evaluate every new wave of nutritional theory that arises.)

All the native diets of these healthy people groups

1) contained no refined or denatured food.  (And definitely didn't eat foods that had been shipped hundreds of miles or grown in soil fed chemical fertilizers and sprayed with chemicals)

3) ate 4 times more calcium and other minerals, plus 10 times the amount of fat-soluble vitamins as the modern diet (Remember he was comparing to the diet common in the 1920's. Our present diets may contain even less of these nutrients.)

4) included foods that were high in enzymes (raw and fermented)

5) prepared seeds, grains and nuts by soaking, sprouting or fermenting (Bread was usually prepared by a long sourdough process- 2-3 days)

9) made use of bones, usually as bone broth (some cultures then and now chew on bones after a meal) 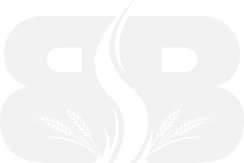 REVERSING DISEASE, ONE MEAL AT A TIME